COVID-19 and Camp: Updates and Resources

Jenn Hoffman never thought her life would be forever changed when she attended Harvest Fest at Gore Mountain in 2006. It was there that she first heard about the Adaptive Winter Sports Program at Double H. Shortly after, Jenn met Dave. “I told him I’d be spending the winter at Double H and if he wanted to hang out he should come too.” They married in 2008 and now have two daughters. Jenn, who works in biotech sales, and Dave, an environmental engineer, split their winter weekends between time with their daughters and volunteering at the ranch. They look forward to the day when their daughters are old enough to volunteer. “So much of the world today is self-centered, so to be able to show [our children] there’s time in life to give back is really important.” Regardless of abilities or diagnosis, we are all human first.

For Jenn and Dave, a highlight of the winter program has been giving children and families the opportunity to participate in an activity that isn’t typically accessible to them. The smiles and joy are incredibly gratifying. “Everyone refers to the magic of Double H, which is somewhat clichéd. But every year, on my first day, there’s that magic again,” says Jenn. It’s indescribable unless witnessed firsthand.

So many memories have come from volunteering, Jenn says it’s hard to pinpoint just one. She affectionately remembers a camper nicknamed, “Beeline Billy.” Each time he arrived at the lodge he made a beeline for the hot chocolate machine. One day, Billy wanted to look for bugs in the snow. So Jenn and another volunteer lay down on their bellies in piles of snow and helped Billy search for those bugs.

Another of Jenn’s favorite stories is of a young boy diagnosed with autism, who was hesitant to put on boots and skis. In an effort to make him more comfortable, volunteers strapped the gear to an old Geoffrey the Giraffe (Toys ‘R Us mascot) stuffed toy. Geoffrey even went up the ski lift and down the hill. The camper soon had enough courage to put on the boots and skis and hit the slopes. “Double H goes the distance to meet a child where they are.”

Double H Ranch is the only camp in the SeriousFun Children’s Network to offer an on-site adaptive winter sports program. Throughout the season, there are designated Friday family nights and five weekend sleepovers. The goal is to teach all family members how to ski, in the hopes they can continue independent of the program. This is especially important as campers turn 16 and become alumni. As always, the program is offered at zero cost to children and families, thanks, in large part, to donations.

Taking a tip from Newman’s Own, Dave and Jenn make bottles of homemade hot sauce and bring them to winter orientation. “We tell everyone the bottles are free and to donate what they can.” These donations bring in about $300-$400. The Hoffmans match the amount and give all the money raised back to Double H.

Those interested in volunteering should not be intimidated by a lack of skiing or snowboarding skills. As long as they have a basic knowledge, staff will assist in improving a volunteer’s skiing abilities. It’s a win-win situation for all involved. As Jenn says, “Come join the fun and see what the magic is all about.” 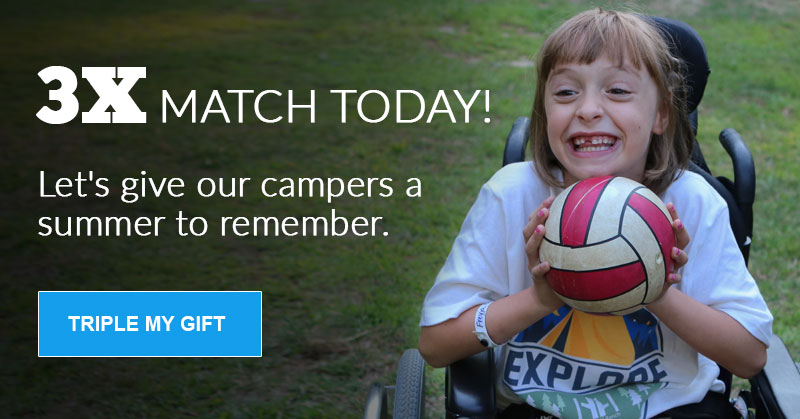